Last weekend the four of us headed down to London for some festive fun. Quite a brave move with two kids in tow, and I won’t lie there were some pretty stressful moments but overall we had a great time. London is so beautiful at Christmas!

We arrived in London at about 1:30pm on Friday and then had to get over to Hammersmith to drop our bags off at the hotel before heading to Hyde Park for Winter Wonderland. The Tube was so busy as it was Black Friday, I don’t like The Tube at the best of times so being packed onto a train like sardines wasn’t my idea of fun!

For anyone that doesn’t know, Winter Wonderland is a huge Christmas event in the heart of London, now in it’s 10th year. There is lots of festive things to see and do including ice skating, Giant Wheel, Magic Ice Kingdom, rides, food stalls and much more.

Although it is free to get in to Winter Wonderland, we had pre booked tickets for the Circus, Giant Wheel and Magical Ice Kingdom. Sadly we had misjudged how long it would take to get around London and we ended up missing the circus by about 15 minutes, which was really frustrating. But we still got to do the other things, our favourite was the Magical Ice Kingdom, which was fascinating. We ever got to have a go on a slide made from ice, which was fun but very cold!

Overall we had a fantastic time at Winter Wonderland, wandering around with a mulled wine in hand with all the twinkly lights around and the children’s happy faces was truly magical and a memory that I will treasure.

The only thing I would point out is that it is very expensive. For four pulled pork burgers and four drinks we paid almost £50! And me and Max went on the haunted house ride which cost us £11, which to be completely honest I think is extortionate. So, while it is free to get in to, if you are going just bear in mind that you will be paying a lot if you actually want to do anything while you are there.

Here are some photos that we took during the evening, credit to my husband for taking these. 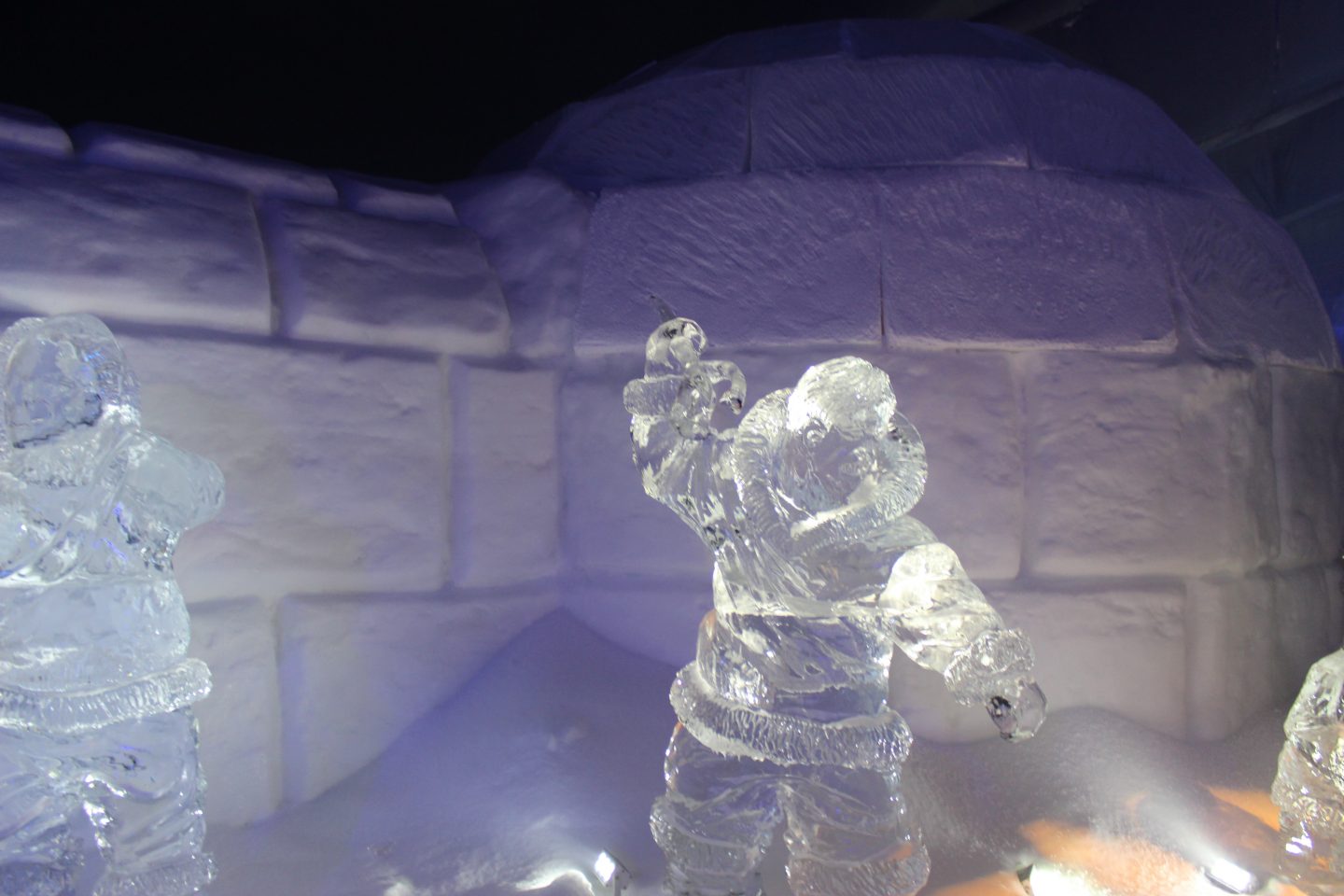