We absolutely love Halloween, it’s one of our favourite times of the year. We took the kids trick or treating and we had lots of fun! I know that some people don’t agree with trick or treating because they see it as begging or encouraging children to take sweets from strangers, and while I can see where they are coming from with this, I don’t agree. I always went trick or treating when I was younger and have some great memories of it and I want my children to be able to have those memories too.

My children are well aware that the only time we take sweets from people is at Halloween, I think it’s so important to communicate this with them and to talk about ‘stranger danger’.

A lot of people around where we live go all out for Halloween with decorations and costumes, and there’s always loads of kids out trick or treating. There’s such a sense of community and I love that we get to meet and talk to people that we otherwise wouldn’t have.

As a rule, we only knock on the doors that have decorations up or a pumpkin in the window, I see that as a sign that they welcome trick or treaters.

Here are our pumpkins, done by my husband which is why one in particular is pretty gruesome!

We left our pumpkins out by the door along with a witches cauldron full of sweeties for any trick or treaters that might have called while we were out trick or treating ourselves. Unfortualtely we didn’t get a single trick or treater! More sweets for me then 😉

Max decided he wanted to dress up as a bat and Evie, after much deliberation finally went with a cat! We got their costumes from Wilko which were just £8 each. I love that Evie’s costume came with ears and even a tail, so cute!

They each had a little bucket to collect their sweets in, these were a bargain 50p from Wilko. I have to say I’ve been really impressed with Wilkos Halloween range this year.

We had a bit of a disaster when it came to face painting, Evie’s went OK as it was just a nose and whiskers so pretty straight forward. We tried to do a bat across Max’s eyes but he complained that it was hurting so we had to take it off, which resulted in a complete meltdown right before we left to go trick or treating! 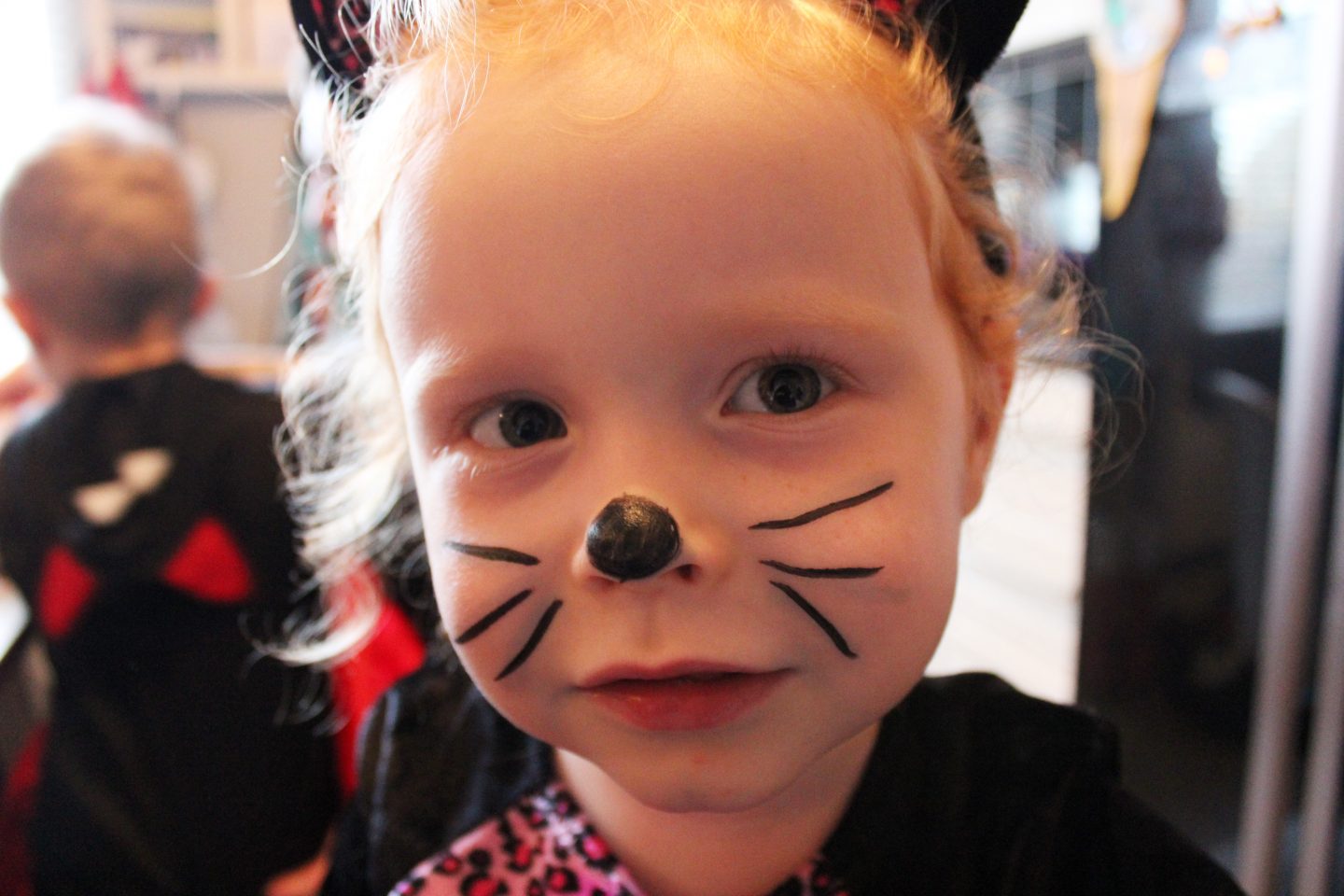 I didn’t take any photos while we were out trick or treating with it being dark but we had a great time and can’t wait for next year. Max has already decided that he wants to be a vampire and Evie is insisting on being Dashi from Octonauts, hopefully she’ll have forgotten about that idea come next Halloween otherwise I might have start searching for a Dashi costume!

I hope you all had a fantastic Halloween! What did you get up to? Do you take your kids trick or treating?

Linking up with: #KCACOLS