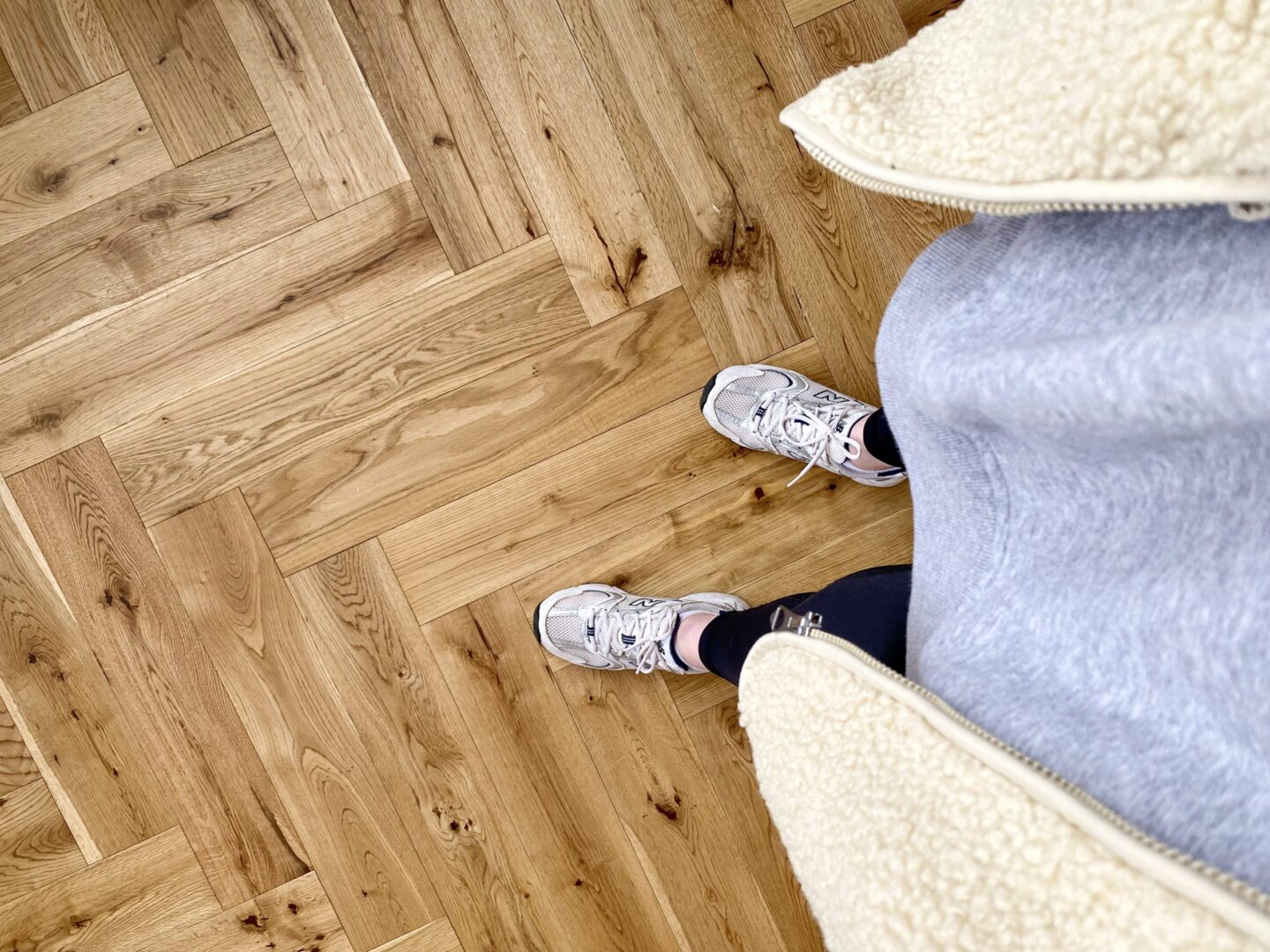 I’m a bit late with writing his post as things are CHAOS here at the moment. Living through a renovation has never been easy but I’d say it’s really starting to get to me at this point. However, I *think* the light may just be at the end of the tunnel…

This is what we were dealing with last month just to give you an idea of the building site we’re living on!

In my last update we were in the midst of the builders working on the kitchen/dining room. They have now finished and the walls are down and steels are in place. It hasn’t all been smooth sailing though, we’ve had a couple of small issues. One being that we quickly realised that the space where the door to the downstairs toilet was going to go just wasn’t wide enough. So we basically had to knock out an extra bit of wall and the doorway to the dining room. The dining room door will now have to move further into the room, to allow space for the downstairs toilet door. It’s difficult to explain but the photo below might help you understand what I mean. It basically means more stud work needed to be done but it’s not a big problem.

The second issue we experienced was cracking in Evie’s bedroom when the steels were put in. Evie’s room is directly above where the wall came down and while we knew that some hairline cracks were to be expected, these were pretty big and nasty looking. Thankfully both the builder and building control didn’t seem concerned.

We’ve now had the kids bedroom windows and landing window replaced and they also replastered around the windows while they were at it. They replastered the entire wall that had cracked in Evie’s room too, so hopefully that’s the end of the cracks!

You might remember that I said our kitchen wasn’t being replaced until September as the guy we were going with was booked up until then. Well when the building work was done we realised we were going to be left living in a complete mess for months and we really didn’t want to do this. So my cousin has agreed to do the work for us. He’s done absolutely loads for us around the house and saved us a small fortune! He’s making good progress so far, the stud walls and plasterboarding is close to being done. First fix plumbing and electrics have also been done. Here are a few progress pics…

We’ve decided to get the kitchen from DIY Kitchens. We went to the showroom in Pontefract and they look great, the only issue is you have to take the measurements yourself. Can you imagine if we get it wrong?! We haven’t been able to order the kitchen yet as the stud walls and plasterboarding needs to be finished so that we can get accurate measurements. Even a 2mm difference could ruin the whole thing, eek. Hopefully we will be in a position to order the kitchen this week. Delivery takes around three weeks. So towards the end of July we may just have a finished kitchen!

Probably the most exciting update is that the bi fold doors were fitted yesterday! Much earlier than we had expected. They look absolutely amazing, I am so pleased with them. I don’t have a photo to share yet but I will share that in my next update.

Aside from the kitchen, we’ve done a lot of mist coating and priming elsewhere in the house. We should be ready for the proper paint very soon! We also had the living room flooring fitted and it looks incredible. We went with engineered wood flooring in a herringbone pattern from Luxury Flooring and Furnishings. We are really pleased with it.

I think that’s all I have to update you on for this month. I’m not going to try to guess at what might happen in the next month as I’m constantly being surprised at the progress we’re making!