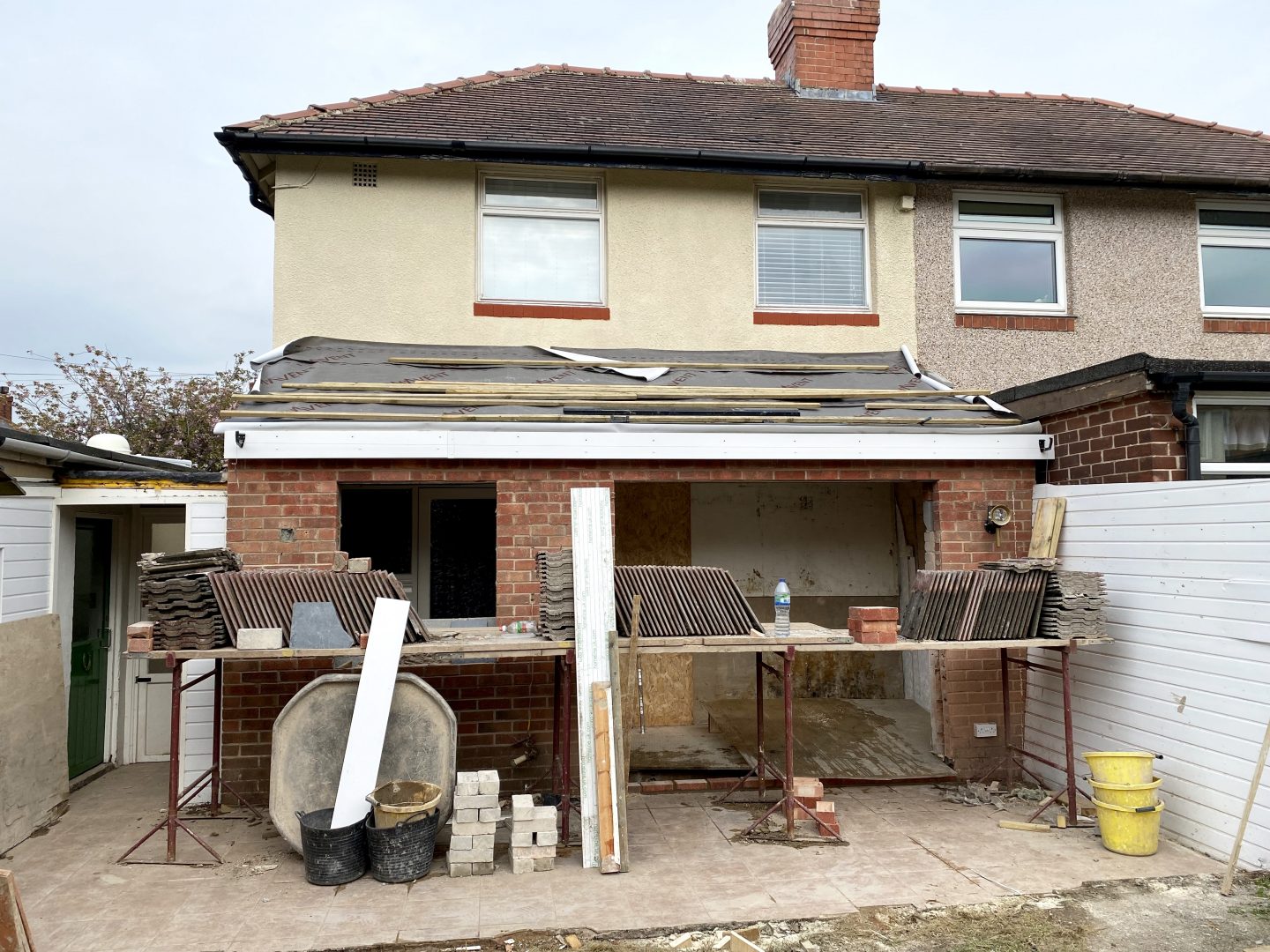 So it’s now been three months since we got the keys to our house. On one hand it feels like we’ve lived here forever, and on the other it’s absolutely flown by! When I wrote my two month update I didn’t think much progress would happen over the next month, how wrong I was.

Following on from my last update, we have now completely finished the bathroom. The splashback has been done, skirting is in and the walls have been painted. You can have a look at the new bathroom over on Instagram, but I will also be putting together a blog post really soon. I am so chuffed with it.

All of the plastering has now been done. We’ve had new skirting board fitted in the master bedroom and on the landing. Over the past two weeks we’ve been focusing on decorating Evie’s bedroom and we’re very close to finishing that. We’ve painted the built in wardrobes that came with the house and it has completely transformed the room. We’ve also painted her walls. We need to wallpaper one of her walls next and then we can start adding prints and accessories to finish the room off. Of course it won’t be totally finished until the carpet is down and right now I have no idea when that is going to be.

But the main update this month is that the work on the kitchen/dining room has started! This was a big shock as it wasn’t supposed to be done until September, but the builder asked if he could bring it forward as they have a big job coming up that’s going to take them six months to complete. So, last week they ripped down the old conservatory and started work on the extension. Fast forward to today and they have almost finished the extension. Our kitchen windows and bifold doors have been ordered, but we are going to be waiting at least eight weeks for those to be delivered, which is disappointing but it is what it is. Next week they are knocking walls down and putting the steels in place. I am not looking forward to the mess but at least I know that by my next update, the messy work will be finished. We’ve also had our kitchen plans back from Howdens which is exciting. The new kitchen isn’t being fitted until September but I’m sure that will come around before we know it, and it will be worth the wait.

I had planned to write posts about our plans for each room in the house, but things are moving so quickly that I’m struggling to find the time. I need to get those done asap or it will never happen. I’ll focus on the kitchen/dining room and Evie’s bedroom first as those rooms are seeing the most progress at the moment.

In my next update there should have been plenty of changes in the kitchen/dining room. I also think we might have started on the garden. We weren’t prioritising this but we think we’re going to end up with some skip space and as we need to knock down some outbuildings it makes sense to start on that soon. But who knows, things are never straight forward with this renovation!